The next prospect we’ll be profiling is a player that I considered to be overlooked by many, Gabe Cramer. Unfortunately, a large part of that had to do with him not being able to stay on the field. Cramer has been dealing with these injury issues since his high school days, and they continued to pop up this year, with him only pitching a mere total of 13.2 innings spread out across six games.

A native of northern California, Cramer spent his college days at Stanford, not really pitching until his third season with the team, appearing in 21 games, posting an uninspiring 3.60 ERA, 7.2 K/9, and 6.1 BB/9 in 40 innings. Consequently, Cramer went unselected in the 2015 draft, allowing the Royals to pluck him up as an undrafted free agent. He would get his first taste of professional baseball soon after, receiving a cup of coffee with the AZL Royals and Burlington Royals.

We got our most extended look of Cramer in 2016, when he pitched in 43.2 innings across 27 games with the Lexington Legends. The results were encouraging too, as he put up a 4.12 ERA, 3.84 FIP, and 11.7 K/9. Earning a promotion to High-A Wilmington the following year, he looked like he was well on his way to a dominating season throughout his first six games…

In total, Cramer put together an impressive 13.2 innings between April and May, striking out 27 and walking only a pair.

The head of Cramer’s arsenal is a mid-90s fastball that can touch 97 at its best. When he commands the fastball, hitters don’t stand a chance.He then features a hard changeup and an inconsistent slider. The power and movement are all there for him, but what’s also inconsistent is the overall command. 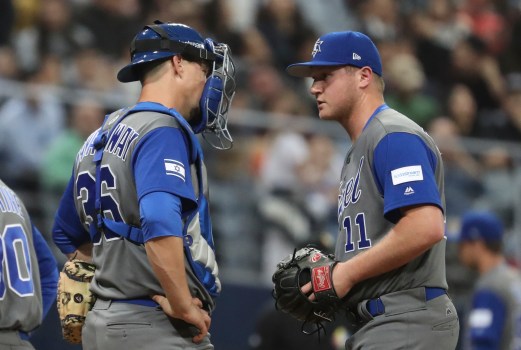 Staying healthy and staying consistent seem like the two big things we need to see Cramer take on in 2018. If he an achieve both of these things, he’s got a real shot at being a good setup man in the major leagues. Already 23 years old, I’d expect the Royals to expedite his development a bit this year, sending him to AA in the Naturals bullpen, with Roster Resource agreeing with me, pinning the righty for the same destination.

It’s not a matter of talent or “stuff” here with Cramer. It’s a matter if it can all come together for him.